skip to main | skip to sidebar

When we started brewing beer as Philadelphia Brewing Co. 20 months ago we hoped this town would drink it faster than we could make it. With a lot of hard work and hustle we've kept up. Time sure does fly when you're having fun. A couple of months ago it became obvious that we were going to need someplace to put more beer!

Below I have pictures from Silver State Stainless who we chose to build our four shiny new 2600 gallon fermentation tanks (with more to follow). They've just begun fabrication.

Personally, this is especially exciting. I've only ever had the opportunity to brew on systems that were already in place. The mantra always seemed to be "... doing the best with what we've got." This seems to be common in most small breweries where there are many different pieces of equipment accumulated over the years.

Designing these tanks exactly the way we want them has been a fun and educational process. The real drama begins in two months when the first batch of Kenzinger is happily bubbling away in them! 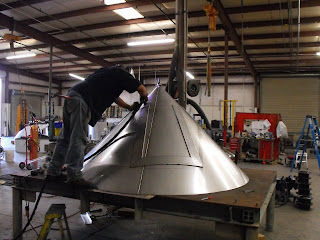 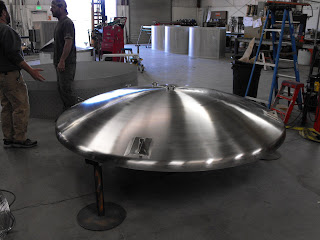 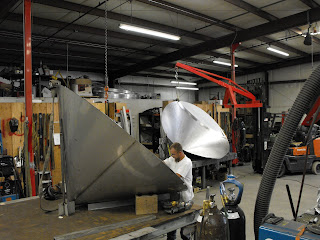 Posted by John Rehm, Brewer in Chief at 9:50 AM